The new system is derived from HBlink and is fully-open source and available on GitHUB. The server software allows the implementation of features as we would like to see them, making the software completely customisable to your needs. This also allows the response to issues and bugs more effectively. This system is bridged to other Servers, providing a front end system with enhanced functionality. It also enabled repeaters to be able to communicate even if a Server upstream is down. An overview of the added functionality is below. Note, all of this functionality is optional and configurable.

Implementation of an enhanced version of a low level talks group, including all of the voice announcements, timeouts etc. The confusing numbering used for the old reflector system (TG9) is obsolete. Instead, you can simply manual-dial a private-call to any talk group number to have it routed to Talk Group 9 on Time Slot 2 on a FreeDMR repeater. This also works on Hotspots if you decide to use it. There is control of the timer and fallback to the default Talk Group (Reflector) as before. Another abbreviation of a Enhanced Talk Groups or Reflectors as they were known is “Dial-a-TG”.

Optionally, (set in Options) a 15 minute voice ident in DMR can be set on Time Slot 2. The repeater’s call-sign is (spoken) “sent” via “All Call” for optional voice ident. “This is CALL-SIGN FreeDMR”

Things it doesn’t do.

Currently we have not implemented: 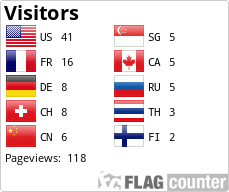